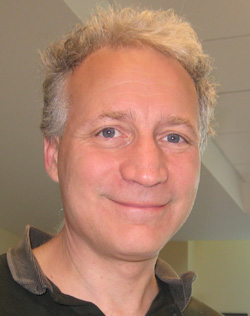 University of California, Berkeley: 1984, PhD in Computer Science. 1981, MS in Computer Science.
Dissertation research on programming by example (see below).
Co-invented the overlapping register windows mechanism used in the Berkeley RISC I processor chip, and later in the Sun Microsystems SPARC family of processors.

My 1984 PhD thesis, Programming by Example (PDF) (HTML), describes PBE in a simulation of the Xerox Star office system. The system I built was called SmallStar, and was written in Smalltalk. I have the original source code and am very slowly trying to revive it.

While at Xerox, I made a 13-minute video demonstrating SmallStar and programming by example . Watch it here (reproduced by permission). Its quality reflects the video recording technology available at the time.

SmallStar is also described in Chapter 5 of the 1993 MIT Press book Watch What I Do: Programming by Demonstration, edited by Allen Cypher, and co-edited by me and several other people. The entire book is available online.

I am the original author of the UNIX more command (ca. 1978). Here's a short history of how it came to be written.

Member of panel on classes vs. prototypes in object-oriented programming, OOPSLA '88.